Why China Is Losing The Global Public Relations Battle 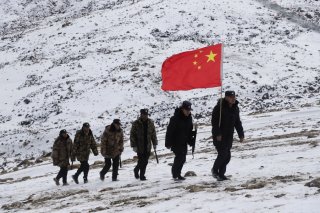 Heard about how ethnic minorities in Xinjiang province dance beautifully because they’re so happy and carefree? Thought so. It’s safe to say that nobody had heard of those happily dancing minorities in Xinjian province (hint: Uighur internment camps) until China’s ambassador to Belgium presented them in a tweet this week. The hapless ambassador is not the only Chinese official failing in his outreach efforts. According to a new Pew poll, negative views on China are skyrocketing in the West. That’s a remarkable turn of events given that for the past half-year Beijing has been engaging in a massive PR offensive.

Ambassador Cao Zhongming’s tweet didn’t have the effect he had apparently hoped for. In response, people tweeted images of Nazi concentration camp inmates playing in camp orchestras, while others said they had been happy until a Uighur relative was arrested. As for myself, I was reminded of the lead story in the Neues Deutschland, the East German ruling socialist party’s newspaper, on 10 November 1989, the day after the fall of the Berlin Wall. “4th party conference of the SED [Socialist Unity Party of Germany] to be convened on 15 to 17 December,” the headline read.

Chinese officials seem to be engaging in a similar strategy of whataboutism and obfuscation. When COVID-19 emerged from the city of Wuhan and began its deadly march around the world, Chinese officials reacted not by apologizing for their government’s suppression of the brave doctors who first reported the new coronavirus — but by blaming other countries for it. “It might be US army who brought the epidemic to Wuhan. Be transparent!” Chinese Foreign Ministry spokesman Zhao Lijian demanded on Twitter.

Indeed, for China, the presidency of Donald Trump and the world’s struggle with coronavirus have been a splendid opportunity to reshape its image and indeed to gain power. I recall an occasion early on in Trump’s presidency when an organization in a European capital hosted an event, funded by the Chinese embassy with the Chinese ambassador as a speaker, about China as a partner of Europe. Given the disapproval of Trump around the world, such a message is, of course, an easy sell. At Davos in 2017, President Xi Jinping explained why the world needed Chinese leadership.

The coronavirus pandemic presented another opportunity for Chinese power gains vis-à-vis America, the European Union, and other rivals. With China having managed to suppress the virus at a time when other countries were just descending into COVID-19 misery, it had the capacity to send facemasks, other personal protective equipment, and even ventilators to suffering countries around the world. And it did so with great fanfare. Chinese media energetically reported on the arrival in Italy of Chinese equipment and some medics, and Chinese diplomats and media likewise made sure the world learned about deliveries to Spain, France, Serbia, and many other countries. The delivery to Italy was, however, only partially a gift (the Italians had to buy the rest), and in some other countries the rather meager supplies turned out to be defective.

Here’s Beijing’s problem: It takes us for fools. It thinks it can make us forget its Uighur internment camps, its persistent intellectual property theft, and its censorship of Hollywood movies (not to mention NBA teams) simply by sending some PPE and disseminating dance videos mixed with menacing messages such as one from China’s ambassador to Sweden did earlier this year that compared Sweden to a light-weight boxer and China to a heavy-weight one.

The United States has made lots of mistakes with its allies, but its commitment — as manifested in two world wars, one Marshall Plan, aid funding, democracy support, and of course its commitment to its NATO partners — has given America the platform it today occupies. The EU, in a smaller way, is also gaining stature by likewise being a good and often generous ally. China, learn from the best.