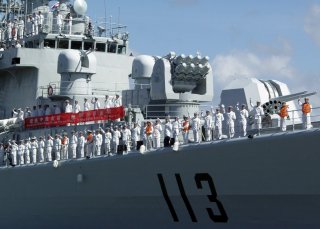 Here’s What You Need to Remember: The islands of the SCS have some military relevance, but are more important as a political claim to waterways and undersea resources. Militarily, they represent a thin crust on China’s A2/AD system. Under certain conditions this crust could disrupt U.S. freedom of action, but it won’t be hard for the United States’ Air Force and Navy to punch through.