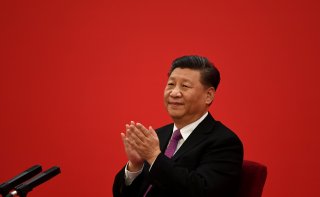 As Shakespeare reminds us, “what’s past is prologue.” This is especially the case with China, a nation with a continuous written history spanning three millennia. In particular, knowledge of five major historical events is essential to fully understanding contemporary Chinese politics and foreign policy.

What was it? The last Chinese dynasty was the Qing (1644-1911), and it reached its peak under the Kangxi Emperor. Kangxi’s reign was a time of efflorescence in literature and the arts, but also a period of aggressive military expansion. The territory effectively controlled by China has varied greatly over time. Many regions that are now part of the People’s Republic have not traditionally been under Chinese control, including Tibet, Xinjiang, Taiwan, and inner Mongolia. Indeed, some of the peoples of these areas dominated the Chinese. However, by the end of Kangxi’s reign, China had conquered all these provinces and more.

Why does it matter now? As Harold M. Tanner points out in his excellent China: A History, the West typically understands the changes China has undergone since the death of Mao Zedong (1976) as a matter of “opening” itself up after a period of “self-imposed isolation.” In contrast, the Chinese narrative is one of “a recovery of lost glory.” The image of that glory is the reign of Kangxi, in which China was the undisputed economic, military, and cultural power of Asia. And although the borders of Kangxi’s China are uncharacteristic of most of Chinese history, they typically coincide with China’s view of what “belongs” to it. Thus, Taiwan, which has not been governed by the People’s Republic since 1949, and had no substantial Chinese presence prior to the 17th century, is considered worth going to war over. And, as I always remind my draft-age students, the United States has a defense treaty with Taiwan, which would obligate us to defend them in the event of an attack from the mainland.

What was it? By the early nineteenth century, Britain was spending large amounts of silver to buy Chinese silks, porcelain products, and especially tea. The English “tea” comes from tê, the word for tea in the dialect of Fujian, from which the British exported their products. However, China didn’t need anything Britain was selling, thereby creating a serious trade imbalance.  Ingenious British merchants facilitated the recreational use of opium, which they grew in British-controlled India and then sold in China. The Hongkong-Shanghai Banking Corporation, now known as HSBC, was founded to meet the needs of British merchants in China. This solved Britain’s trade problem, but created an addiction crisis in China. When China tried to enforce its laws against opium importation, Britain responded by waging war in the name of “free trade.” The technologically superior British military crushed the Chinese. As a result of the Opium Wars, China was, in the blunt words of one Western diplomat, “carved up like a melon” into “spheres of influence.” The United Kingdom and other European powers forced China to accept treaties that essentially allowed them to govern parts of China’s own territory. It was also during this period that Hong Kong was “leased” to Britain.

Why does it matter now? The Opium Wars began what China refers to as the “Century of Humiliations” (百年国耻) at the hands of foreign powers. Like an adult who was bullied in grade school, China continues to bristle at anything that even hints that others are pushing it around or trying to take what belongs to it. Calls to “Free Tibet” may resonate across the political spectrum in the United States, but China sees them as examples of foreigners interfering in its internal affairs. In fact, China has repeatedly compared the Tibetan independence movement to the secession of the Confederate States, and has even suggested that, as an African-American, President Obama should appreciate China’s policy on Tibet. The consequences of British control of Hong Kong also continue to be felt. Despite having been returned to Chinese control in 1997, Hong Kongers (who are most comfortable speaking English or Cantonese) refer to the Mandarin-speaking mainlanders who have flooded Hong Kong as “locusts.” The statuses of Hong Kong and Tibet are related, since any concessions given to the one (like greater home rule) are sure to be demanded by the other.

What was it? The loss of the First Opium War helped fuel the Taiping Rebellion. The Taiping were a group of unorthodox Chinese Christians led by a man who claimed to be Jesus’ younger brother. Seeking to establish a utopian heavenly kingdom on earth, millions of fanatical Taiping staged an anti-government rebellion. The rebellion was eventually put down, but not until twenty million Chinese had died on both sides, due not only to combat, but to the starvation, illness and crime associated with the conflict. To put this in perspective, the current population of the state of New York is also about twenty million.

Why does it matter now? Western attitudes toward religion are shaped by the experience of the religious wars in Europe following the Protestant Reformation (1517). After centuries of brutal sectarian violence, Westerners came to see the value of religious freedom and tolerance. John Locke (1632-1704), who has a major influence on U.S. political philosophy, gave a paradigmatic expression to this Western perspective on religion in his “Letter Concerning Toleration.” In contrast, the Taiping Rebellion taught China the dangers of allowing religious movements, especially fringe ones, to grow in strength. Consequently, when the Chinese government suppresses Falun Gong, or intervenes in the affairs of Chinese Christians, Westerners conceptualize it as a violation of a fundamental human right, while many Chinese see it as a legitimate effort to head off movements that could become dangerously apocalyptic.

What was it? The seeds of the Second Sino-Japanese War may be traced to the end of Japan’s Tokugawa Period (1603-1868). This was an era of peace and prosperity in Japan, but one in which society was dominated by the Shōgun, a military dictator, who ruled Japan with an iron fist and outlawed foreign contact. This isolationism came to an abrupt end in 1853 when U.S. Commodore Matthew Perry arrived in Tokyo Bay, demanding that Japan sign a trade treaty. When the Japanese demurred, Perry began firing his canons on random buildings in the harbor until they changed their mind. While Japan’s first encounter with the modern West was as disastrous as China’s, Japan was able to rapidly modernize in response. The reasons for the different responses of China and Japan are complex, but include the fact that, in Japan, modernization could be cast as a “restoration” of the authority of the Meiji Emperor against the Shōgun, rather than as a wholesale overthrow of the social hierarchy. Jung Chang’s Empress Dowager Cixi: The Concubine Who Launched Modern China is a very readable work that discusses China’s struggles to modernize.

By the turn of the century, Japan had a modern army and navy, which allowed it to easily defeat China in the First Sino-Japanese War (1894-1895). As a result of this conflict, Taiwan was ceded to Japan. Japan later won the respect of Western powers with its victory in the Russo-Japanese War (1904-1905), which gave it control of Manchuria. At the end of World War I, as a reward for fighting on the Allied side, Japan was given the special economic and political privileges in Shandong province that Germany had previously enjoyed. China, which had fought on the Allied side with the promise that the German privileges would be completely revoked (not just given to someone else), was understandably outraged. Japan eventually provoked all-out war with China in 1937, in what was effectively the beginning of World War II. Historically, an unintended consequence of the war was to guarantee the victory of the Communists. The Communists had been almost annihilated by the pro-Western Nationalists prior to the start of World War II, but they were able to regroup while the Nationalists bore the brunt of the fighting against the Japanese. When the Japanese surrendered, the Communists overran the decimated and exhausted Nationalist forces.

Why does it matter now? On any evening of the week in China, you can flick on the television and be absolutely certain of finding a miniseries about the “War of Anti-Japanese Resistance.” The government likes to keep the wounds fresh as a way of encouraging nationalism, but it doesn’t take too much effort. One doesn’t have to be anti-Japanese to acknowledge the horror of the Imperial Army’s behavior during the conflict. In her recent book, Chinese Comfort Women:  Testimonies from Imperial Japan’s Sex Slaves, Professor Peipei Qiu has recorded for posterity the experience of Chinese women systematically raped and/or forced into government-sanctioned prostitution for Japanese soldiers. With this sort of historical background, any dispute with Japan magnifies in significance, whether it is over who owns the Senkaku Islands or Japan’s willingness to admit its militaristic past in its history textbooks.