Why China Won’t Forget Its Fight Against Imperial Japan 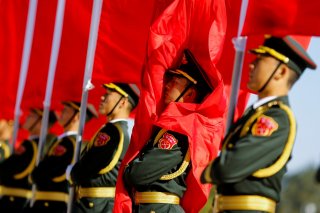 Here's What You Need to Remember: Like all such rivalries, the Sino-Japanese rivalry will be punctuated by moments of triumph and tribulation as the pugilists grapple for strategic advantage. So it has been for the past 125 years. So, in all likelihood, shall it remain for the coming years if not decades.

James Holmes is J. C. Wylie Chair of Maritime Strategy at the Naval War College and the author of A Brief Guide to Maritime Strategy, due out Sunday. The views voiced here are his alone. This appeared two years ago and is being reposted due to reader interest.