Why China's Early Nuclear Submarines Were Doomed to Failure 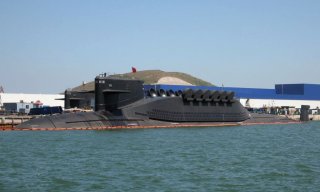 Here's What You Need to Remember: The Xia-class boat was thought to have gone into refit in 1995, and was not seen for years. It surfaced briefly in 2000 at a military exercise, but then resumed its fairly indolent career.

This first appeared in 2017 and is being reprinted due to reader interest.