Why China's Military Sees America As The True Enemy 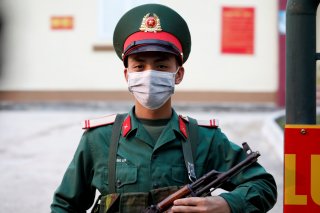 Here's What You Need To Remember: An initial assessment of Chinese military writings suggests that the PLA is engaged in a long-term, centrally-managed, strategic deception operation aimed at the United States' government and military. While propaganda materials create an image of a relatively benign and friendly China, internal PLA writings espouse a doctrine that is fundamentally offensive and hostile to American values and interests.

This has been how the Chinese military, as an institution, views America. Indeed, many of the messages emanating from uniformed officials in Beijing appear mixed and even self-contradictory. The overall message they appear to be conveying is that China's armed forces have benign, peaceful intentions toward America, but they must sometimes react aggressively to destabilizing events created by others.