Why Chinese Weapons Advances Have Startled the Pentagon 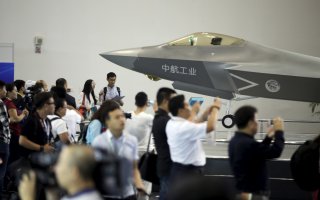