Why Did B-52 Bombers Practice Nuclear Attacks on Russia? 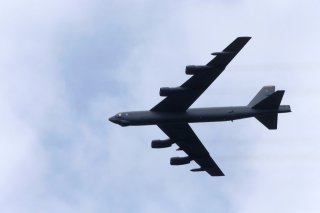 Here's What You Need to Remember:  In recent years Russian bombers have stepped up their probes of NATO and allied air space, occasionally following flight profiles matching atomic bombing runs.

David Axe serves as Defense Editor of the National Interest. He is the author of the graphic novels  War Fix, War Is Boring and Machete Squad. This first appeared in 2019 and is being republished due to reader interest.