Why Did Glock Lose the U.S. Army’s XM17 Competition? 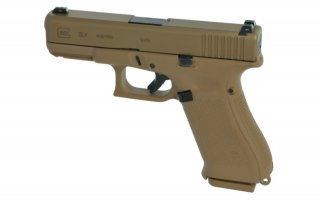