Why Did Saudi Arabia's Missile Defense Miss the Houthi's Attack? 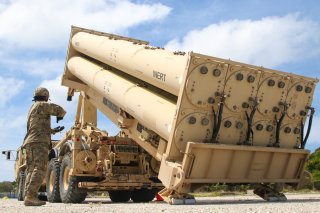 Here's What You Need to Remember: Houthi forces fired at least seven rockets at Saudi Arabia that night. The Saudi military launched Patriot Advanced Capability-2 missiles in an attempt to destroy the Houthi rockets in mid-air. The Saudis claimed seven of the Patriots struck their targets.

David Axe served as Defense Editor of the National Interest. He is the author of the graphic novels War Fix, War Is Boring and Machete Squad. This first appeared in September 2019 and is being republished due to reader interest.