Why Did the Seawolf Sub Lose Out To the Virginia-Class? One Word: Cost 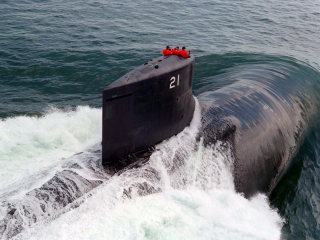 Here's What You Need To Remember: The biggest threat to the Seawolf-class wasn't the Soviet Navy, but rather the breakup of the Soviet Union. Without a foe to face the program was simply not worth the cost.