Why Did the Soviets Trail So Far Behind in the Race to the Moon? 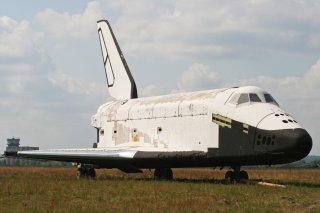 Here's What You Need to Remember: One of the N-1 launches resulted in one of the largest non-nuclear explosions in human history that could be seen over 35 miles away. The launchpad, which had taken over a year to build, was destroyed.

Perhaps one of the most well-known quotes of the 20th century was said on July 20th, 1969. “That's one small step for man, one giant leap for mankind.” Neil Armstrong said these words right after becoming the first man on the moon.

Valentin Glushko and Sergei Korolev were both in the aeronautics business. Glushko made propellant for rocket engines and was deeply pragmatic. Korolev was originally an aircraft designer but was a deeply effective coordinator and organizer.

He had overseen the Soviet Union’s early successes in space and was one of the driving forces behind the programs that put Laika the dog (the first dog in space), and Yuri Gagarin (the first man in outer space) into orbit.

Glushko was in favor of using a solid-state rocket propellant for the N-1. More stable, and requiring less maintenance, the solid rocket fuel made more sense for the Soviet Unions growing intercontinental ballistic missile stockpile, which had to be constantly ready.

Korolev favored using supercooled liquid hydrogen, which was more energy-dense, but required more infrastructure to maintain at the proper temperature, and was more expensive.

A commission was set up to evaluate the two fuel types and decided upon the energy- and resource-intense supercooled option, championed by Korolev.

Glushko refused to accept the decision and continued with his solid-state fuel design, in parallel to the official design. Though his shadow program was short-lived, it distracted from the goal of getting a Soviet citizen to the moon and pulled at already scarce resources.

A Death in the Soviet Family

His death dealt an incredible blow to the Soviet Space program. Absent his organizational and managerial abilities, the Soviet space program lumbered on, but inefficiently. Though his supercooled liquid-fuel design won out, the rocket development program — the N-1 rocket — was plagued with problems.

Soviet engineers had big plans for their N1 rocket. Originally it was designed to have 600 tons of thrust — a massive amount.

To put it in perspective, the SpaceX Starship rocket, once operations, will be equipped with 150 tons of thrust at lift-off. Saturn V, the United States most powerful rocket ever, had a maximum of 140 tons of thrust. Needless to say, Soviet engineers settled on something more realistic, 75 tons of lift.

Despite the engineering compromise, the rocket's troubleshooting and the testing regime was less-than-stellar.

Like many design issues in the Soviet Union, at least some of the fundamental problems came down to money: a lack of funding. A lack of money meant that corners had to be cut somewhere, and some of the most expensive parts of any space program is testing.

The N-1 engines were of a new design that may have been overly complicated. Essentially, 30 rocket engines were located at the base of the N-1. This required careful attention to detail — they all had to fire, and had to be fired at the same time.

Concerning the tricky design, Air and Space Magazine said the following, “How do you synchronize the thrust and vectors of so many engines firing at once? What if one or two fail? These potential anomalies required serious attention and could have been solved by constructing an expensive new ground test facility. But such a site would have cost money and time to build.”

All four attempts at launching the N-1 rocket failed, either breaking up in the air, failing to launch, or exploding.

One of the N-1 launches resulted in one of the largest non-nuclear explosions in human history that could be seen over 35 miles away. The launchpad, which had taken over a year to build, was destroyed.

Crucially, none — not a single one — of the rockets had been test-fired before being assembled on the launchpad.

The lack of a clear goal, coupled with the realization that the Soviet Union was being seriously outclassed by the United States in terms of their nuclear arsenal meant that funds were being diverted to the Soviet Union’s ICBM programs and nuclear stockpile.

By 1968, none of it mattered. The United States had essentially won the space race by sending two men around the moon, Christmas, 1968.

Nikolai Kamanin, a celebrated Soviet aviator and head of the Soviet Union’s cosmonaut training program, wrote the following day in his diary that “the holiday is darkened with the realization of lost opportunities and with sadness that today the men flying to the moon are not named Valery Bykovsky, Pavel Popovich, or Alexei Leonov but rather Frank Borman, James Lovell, and William Anders.”

Less than a year later, on July 20th, 1969, the American flag would be planted on the moon.