Why Did These F-16s Get a Paint-Job? (Think Stealth) 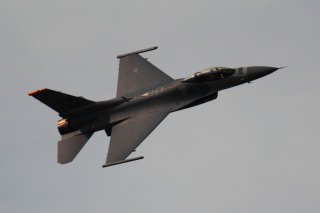 Here's What You Need To Remember: No paint can compensate for a plane's shape. In particular, the shapes of its wings, engine inlet and engine nozzle. Square shapes, right angles and perpendicular planes such as engine turbines strongly reflect radar waves.

Most American F-16s for decades have worn a mostly light-gray paint scheme. Since around 2012, however, the Air Force under the Have Glass V initiative slowly has been applying a new, single-tone, dark-gray livery to some F-16s.

David Axe serves as Defense Editor of the National Interest. He is the author of the graphic novels  War Fix, War Is Boring and Machete Squad. This article first appeared in December 2019.