Why Didn’t China Have an Industrial Revolution Before Europe Did? 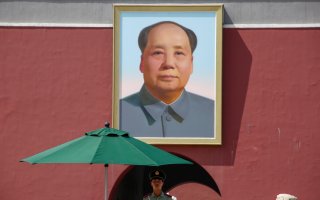 I’m pretty confident that America’s so-called “great stagnation” in productivity and economic growth is over. At least I am on odd-numbered days. And since there are slightly more odd- than even-numbered days in a year, I guess that makes me slightly more optimistic than pessimistic. Of course, it could be a false start despite some encouraging signs. Maybe the Congressional Budget Office is correct that the post-pandemic economy will fundamentally resemble the pre-pandemic economy.

This issue of “false starts,” especially in historical context, is one that has been frequently discussed on my Political Economy podcast. Why did the Industrial Revolution — or the Great Acceleration as I like to call it — not happen much earlier in history? Why did China not have the first Industrial Revolution? Why not the Roman Empire? Why not classical Greece?

Not only do these make for fun “what if” scenarios, they offer some lessons for modern policymakers when thinking about the potential economic impact of their actions. In 2017, I asked Northwestern University economic historian Joel Mokyr why Europe advanced and China stagnated in comparison, a question he addresses in his book A Culture of Growth: The Origins of the Modern Economy:

The main reason is the market for ideas in Europe worked very differently than it worked in China. In China, basically, the big buyer in that market was a single entity: namely, the imperial bureaucracy, the mandarins. And they set the terms at which learning took place. Which is that you had to study these particular writings, called the neo-Confucian writings by authors like Su-Shi, which were written in the late 12th century. That’s what you studied for those civil service examinations, and if you wanted to educate yourself, that is what you got to know.

In Europe, there was no such centralization, because Europe was of course very heavily fragmented into dozens and dozens of smaller and bigger states. These states were all competing with each other, and all trying to one-up each other. And they wanted smart people who could help their governments gain some kind of an advantage. So it was a classic sort of competitive market that economists so love, except you shouldn’t think of this as firms competing, but as nations like England, Spain, Sweden, Russia, and France all competing with each other and trying to one-up each other. They were trying to build better ships, trying to get better navigation techniques, they were trying to cast a better cannon, things like that.

I also asked this question in an upcoming podcast with Johan Norberg, author of the new book Open: The Story of Human Progress. Here’s a bit of a sneak preview. Norberg:

Yeah, this should have been a Chinese story, because they got there first in many ways. Had a Martian come to Planet Earth one thousand years ago and asked, “So, where do you think we’ll see the Renaissance, Enlightenment, and Industrial Revolution?” He would for sure not have picked Western Europe. He would probably have said, “China, under the Song Dynasty.” Because that was a culture where, even at that stage, they already navigated with a nautical compass, they read books printed with a printing press, and they fought with gunpowder. Those are the three inventions that Karl Marx, the communist thinker writing in the 1860’s, credited with having ushered in Western capitalism. They really got there first. That was because Song China was relatively open. They had a system of rule of law, fairly strong property rights in land, and they were open to innovations and ideas from other places.

Many historians say that they were close to getting to an Industrial Revolution a long time before we got there, but that was stopped. … Eventually with the Ming Dynasty, they just ended it all because they were fearful of that openness. They blocked all the ocean traffic, banned trade with other nations, and burned the boats that were still there. They erected barriers and, well, the Great Wall of China against the rest of the world. That started a 500-year history of stagnation in China, where foreigners even thought that they had been stagnant for thousands of years. Nothing really came from China anymore. There’s been lots of debate between historians on why they suddenly turned inward, but the most important thing is that they could because it was such a centralized empire. Whenever the emperor decided “Enough is enough, we don’t want more openness,” he could impose that as a policy throughout the empire. The result was not to make China great, but instead to end the story of Chinese progress.