Why Didn't the F-23 Stealth Fighter Take Off? 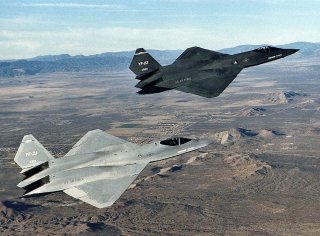 Here's What You Need To Remember: The ATF vs. YF-23 debate was, as it often is, a debate over quality versus cost. The F-23 would have provided a superior platform, but it would have also required astronomical maintenance costs.