Why Diesel Submarines Are the Undersea Warriors America Needs 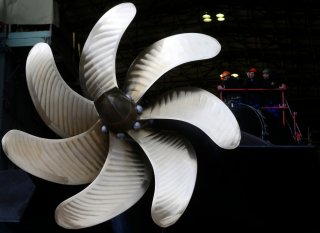 Here's What You Need to Remember: A U.S.-Japanese squadron would need subs to man the barricade in concert with surface craft, missile-armed troops on the islands, aircraft roving overhead, and well-placed minefields. Picket subs thus need to hover silently and stealthily along the island chain, awaiting their chance to strike. Diesels can do that.

Among the more-than-ample reasons for acquiring a flotilla of diesel-electric submarines for the U.S. Navy: SSKs could help deter war by demonstrating American resiliency should war come in the Western Pacific. Deterrence comes from capability and visible resolve to use it. And from staying power. Foes blanch at starting a fight if they fear they can do little to blunt an antagonist’s war-making capability. In short, resilient contestants deter. And should war come anyway, an artfully employed diesel contingent could help the United States and its allies—principally Japan—prevail in that war.