Why Do People Join the U.S. Military? Here Are the Top 5 Reasons 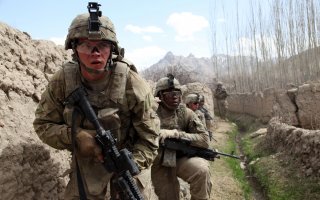 Here's What You Need To Remember: Americans join the Army for plenty of reasons: for country, family, and honor. According to a study of enlisted soldiers, however, a core motivation is relatively simple: for money.

A RAND Corporation exhaustive survey back in 2018 of 81 soldiers between E-1 and E-4 suggests that the choice to enlist is influenced by two overlapping factors: institutional ones like family and duty, and occupational ones like professional development and job stability.

The U.S. Army’s Elite Force: How to Become a Green Beret