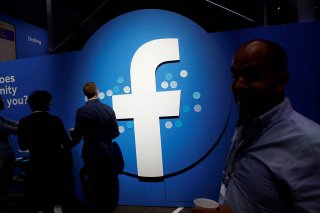 Twitter responded to the Capitol riot by, in a first for the platform, removing two of President Trump’s tweets and imposing a 24‐​hour ban on his account. Facebook followed suit, first banning the president from posting for the next day, and then banning him until he leaves office, while Snapchat indefinitely locked his account.

At this point, however, their decisions are mostly a symbolic gesture. While the president has tweeted false claims of election fraud since November and had posted notice about the planned rally on Twitter, he exhorted the crowd to march on the Capitol from the White House Ellipse.

Mainstream social media moderation has in many ways reached a point of diminishing returns. Those who planned to occupy the Capitol had already been relegated to alternative platforms such as Gab and Parler. Some organized in invitation‐​only spaces, such as Discord groups and messaging services. Crucially, their grievances were supported by an increasingly mature pro‐​Trump media ecosystem, with its own platforms and sources of news.

TheDonald.win, an independent clone of the banned subreddit r/​TheDonald, played a prominent role. Here, rioters encouraged one another and posted photos of their standoffs with the Capitol Police. Despite cutting ties with Reddit, TheDonald.win, isn’t entirely independent – the forum is still reliant on web hosting services provided by other firms. Now TheDonald’s hosting providers have given it an ultimatum – clean up the site or find a new webhost. In a pattern established by content delivery network Cloudflare’s cessation of service to white supremacist website Daily Stormer, spasms of extremism often push moderation decisions to infrastructure providers.

There are, however, real tradeoffs involved in shuttering alternative public platforms. Beyond the reduced opportunities for legal speech, closing TheDonald would likely push its more extreme users into invitation‐​only spaces where surveillance of their activities would be more difficult. Given the frequency with which rioters posted about their participation across alternative platforms, discouraging these opportunities for self‐​incrimination might be unwise. After all, TheDonald’s initial exodus created a less visible community unbound by the broader rules that had restrained their speech on Reddit.

Perhaps more important than the establishment of alternative platforms is the normalization of conspiracy. The media niche pioneered by fringe YouTubers (several of whom took part in the fracas, streaming themselves wandering the halls of Congress in search of content) has been formalized and professionalized. NewsMax, One America News, and a host of elected officials have spent the past two months legitimating baseless claims of a stolen election, constructing an engaging narrative around what would otherwise simply be the rantings of a sore loser.

The most striking example of this malaise is the rapid spread of the claim that antifa infiltrators instigated the riot at the Capitol. Over the course of the evening, a great chain of right‐​wing media personalities and politicians validated and amplified the baseless assertion.

It started with several separate, image‐​driven claims that began circulating mid‐​afternoon. In the first, a tattoo from the video game Dishonored was identified as a hammer and sickle (and evidence of antifa membership)

In the other, the same tattooed rioter and a compatriot are matched to an image from phillyan​tifa​.org. In its original context, Matthew Heimbach, leader of the Traditionalist Workers Party, and the tattooed man and have been labeled fascists by a Philadelphia antifa group. However, in a cropped side by side with some overlaid lines, only the source of the image, phillyan​tifa​.org, remains.

This was proof enough for some. Beyond the Parler account of pro‐​Trump lawyer Lin Wood, the images themselves received only limited reach. However, they formed the basis for a reckless evening story by Washington Times reporter Rowan Scarborough. Originally titled “Facial Recognition Identifies Extremists Storming the Capitol,” within a few hours the title was softened to “Facial Recognition Firms claims Antifa infiltrated Trump Protestors who stormed Capitol.”

Scarborough writes that “a retired military officer told The Washington Times” that the image analysis firm XRVision had used facial recognition to identify antifa agitators within the Capitol mob. While Scarborough provides no real evidence of these claims beyond “the source provided the photo match to The Times,” his descriptions are telling. He claims that the firm “matched two Philadelphia Antifa members to two men inside the Senate” and “one has a tattoo that indicates he is a Stalinist sympathizer.”

XRVision CTO Yaacov Apelbaum has contributed to past right‐​wing messaging campaigns, providing XRvision branded photos of Sen. Bernie Sanders’ (D-VT) lake house and antifa groups in Syria. However, he has denied identifying any antifascists at the Capitol, saying his firm had instead identified skinheads and national socialists.

At 7:40 pm, The story was shared by Fox News host Laura Ingraham, garnering 32,000 retweets. By the time Congress reconvened at half‐​past eight, the claim had made it to Matt Gaetz (R-FL), who parroted the assertion on the floor of the House. Platform regulation is not a salve for epistemically divided government.

Rapid elite endorsement, not lax platform moderation, is responsible for the claim’s spread. The images themselves provided a pretext for less contestable claims; the hammer‐​and‐​sickle interpretation of the Dishonored tattoo was organically mocked. Scarborough’s story summarizing the false visual evidence without providing a means of contesting it was quickly validated and redistributed by public officials and journalists. Sarah Palin invoked the images as evidence on Fox News, and Rep. Paul Gosar (R-AZ) amplified claims that rioters’ knee‐​pads were evidence of antifa affiliation. Each particular claim can be debunked, but the story’s rapid movement between mediums limits platform‐​specific solutions.

Like the President, these figures’ off‐​platform bona fides have, at least until now, prompted moderators to treat them gingerly. However, unlike the deplatformed alt‐​right celebrities who wandered the Capitol on Wednesday, elites in positions of public trust have enduring off‐​platform reach. Moderating them more strictly would be ineffective and politically fraught.

Midway through Thursday afternoon, The Washington Times pulled Scarborough’s story. A different version, published Thursday evening, acknowledges the error, apologizing for presenting XRVision’s identification of fascists as the identification of antifascists before doubling down on the original claim of antifa involvement. In addition to Rep. Gosar’s unsupported kneepad theory and an unnamed law enforcement source, Scarborough references a story by the NY Post. Now reliant on a single unidentified law enforcement source, an earlier version of the Post story cited Scarborough’s initial story, “Two other D.C. protesters were actually Philadelphia‐​based Antifa members, The Washington Times reported Wednesday night.” This shell game keeps the story alive, obscuring the fact that it now relies on nothing more than the accounts of up to two unnamed law enforcement sources and the gut feelings of a few Congressmen. Nevertheless, largely because of Scarborough’s tale, in his words “The presence of Antifa became part of Wednesday’s divisive debate.” Rep. Matt Gaetz (R-FL) has yet to address the false claims he repeated on the House floor.

When misinformation moves rapidly among mass social media, niche platforms, and cable and print news, public figures who move between these spaces must assume greater responsibility for their claims. The lack of forethought and restraint demonstrated throughout this disinformation bucket brigade, to say nothing of the lack of contrition in its aftermath, is not a problem that can be solved by well‐​meaning managers in Menlo Park. Content moderation is no replacement for a healthy elite.

This article by Will Duffield originally appeared in the CATO at Liberty blog.