Why Do Some Public Employees Get Left in the Cold with Social Security? 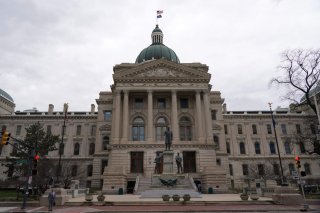 Here's What You Need to Remember: Some states do not cover some or all Social Security benefits for their public sector employees.

Some people are unaware that some states do not cover some or all Social Security benefits for their public sector employees.

This is the case in fifteen U.S. states, according to an op-ed published by Forbes.

“Although these plans ought to provide benefits that are the equivalent of the combination of Social Security and a private-sector retirement plan, federal law requires that, at a minimum, they must provide benefits at least as good as those provided by Social Security, and has established a ‘Safe Harbor’ formula that determines whether plans comply with these rules,” according to the op-ed.

“If a plan pays a benefit of at least 1.5% of pay, averaged over the last three years of service, and beginning no later than Social Security retirement age, then the plan is considered ‘qualified’ and the state/town/school district can opt out of Social Security,” the op-ed states.

A recent study from the Center for Retirement Research at Boston College looked at whether such benefits are fair to workers.

Forbes noted, however, that the authors of the Boston College study “did not provide a listing of which of the plans in their study were relatively more or less generous, nor whether more generous plans were more or less funded than the parsimonious ones, nor—considering that they evaluated only new hires’ benefits—whether those which are low, are low because those are plans which had historically been low, or reflect new benefit cuts in response to low funding ratios.”

“How could policymakers ensure Social Security equivalent protections for all state and local employees? A practical first step might be to update the Safe Harbor defined benefit requirements to specify reasonable vesting periods and provide full COLAs. Alternatively, legislators could obviate the need for federal generosity standards by enrolling all state and local employees in Social Security—a common feature in many packages of proposed changes to improve Social Security’s finances,” the Boston College study concluded.