Why Does Donald Trump Keep Tricking the Polls? 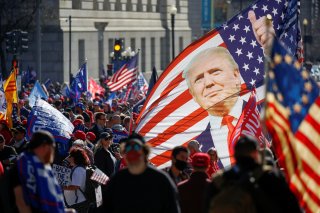 What happened in the American presidential election? Most pollsters and pundits predicted a large majority for Joe Biden and the Democrats, but Donald Trump once again defied the polls and had a stronger showing than expected, even though he suffered a decisive loss. The Democrats also lost seats in the House of Representatives, an unexpected outcome since polls suggested widespread dissatisfaction with the president.

Prior to the election, I identified several groups that made up the 20 to 30 per cent of committed Trump supporters, mostly citizens who feel ignored by government, particularly by Democrats.

They include many evangelical Christians, people who have lost their jobs, their families and friends, those who depend on the spending of people who have lost their jobs, xenophobes who are angry at countries they believe hurt U.S. industry and at immigrants who they allege threaten the American way of life, and strongly committed supporters of small government and low taxes.

As he accentuated divisions among Americans, Trump sewed a crazy quilt of these and other divergent groups by treating each of them differently.

He won the support of more evangelicals by pushing the speedy approval of Amy Coney Barrett to the Supreme Court. For xenophobes, he continued to blame COVID-19 on China, and refused to condemn the white supremacist Proud Boys until severely criticized. For those hurt by the shrinking industrial economy, he prioritized the economy over fighting the pandemic.

Not All About COVID-19

The election was not fought on one issue. While pre-election polls showed the pandemic to be the foremost issue for a majority of Americans, the election revealed that other issues, especially the economy, mattered more. Some of these issues, such as Black Lives Matter and the treatment of immigrant children, worked in favour of the Democrats. But others amplified Trump’s support among the aforementioned groups, and drew in more supporters.

His emphasis on law and order rather than racial grievances, while only partially successful, appealed to many who yearned for a return to a “kinder” America. These voters in many cases claim they are not anti-immigrant or anti-Black, but say they deplore the violence that broke out during some racial protests, much of which was actually caused by reactions of police and actions of counter-protesters, and feared creeping socialism and bigger government with higher taxes to support it.

They come from a time and a place in which rural America was overwhelmingly white, and if your neighbour down the street had a problem, you would go help him. One where service clubs, not the government, helped the needy.

This nostalgia for a simpler time resulted in a noticeable rural-urban split in the vote, and maintained support among older voters, who should have been worried about uncontrolled COVID-19.

Biden’s talk of massive spending on switching from fossil fuels to renewable energy appealed to the environmentally concerned. For others, Trump’s claim that Biden would end fracking sounded a warning that the Democrats would continue to ignore the shrinking job market for non-college-educated citizens. Though Pennsylvania was Biden’s home state, Trump won most rural areas, where considerable fracking takes place.

Trump may promise much more than he delivers, but what he says is much more aligned with what the economically injured want to hear. The Democrats are seen by this group as having ignored them for years.

There were other factors at work as well. It has been proven many times that a strong leader, even a demagogue who spouts lies, gives the appearance of authority and of being capable of leading.

Joe Biden’s measured prose and calls for calm were clearly appealing to many who were tired of Trump’s rants, but possibly left others feeling that he was weak and ineffectual. Trump’s constant references to “Sleepy Joe” were designed to emphasize this.

Pollsters were surprised at how much support Trump won among Latino males, a group that he has denigrated for the last four years, but the strong male is venerated in Latin American culture. Many Latinos are also deeply religious and proponents of law and order.

One group that provided far more votes to Trump than pollsters expected was college-educated white males.

One assumes anyone with an education would be able to see through the president’s lies and dislike his appeals to prejudice. But if you believe business drives the country, and that the Democrats will spend big and raise taxes, Trump is your man.

If you also believe, as Trump claims, that the pandemic is not that much of a threat to the nation, but the Black Lives Matter protests are, he would be the logical choice for your vote.

Social media and Fox News were other big factors that influenced the vote. Those who sought information about the issues from either of these sources, and many did, could get a highly skewed version of the truth.

In most cases, this would be more in line with Trump’s version of reality than what reality really was. This served to amplify his appeal to the various groups of aforementioned voters. It even won him the support of believers in the QAnon conspiracy theory, which was born on social media.

Certainly there were committed Republican voters who supported Trump, some possibly holding their noses while they voted, but a lot of the credit for the large vote in favour of the sitting president, and perhaps also for the Republican gains in the House, must go to Trump himself.

Sadly, Trump fuelled further divisions within the American population to do it, as he continues to do while refusing to admit he lost to Biden by millions of votes.

Even if the Biden government both takes action against the pandemic, and moves to create jobs for those in the economy who feel ignored for too long, the road to reconciliation will be a bumpy one.