Why Does Iran Want So Many Ballistic Missiles? 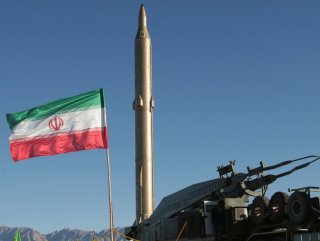 Here's What You Need To Remember: Developing indigenous missile and anti-missile systems is a key component of Iran's deterrence strategy.

(Note: This first appeared a few years ago and is reposted due to breaking events)

The focus is especially intense in Washington, where the Obama administration’s drive to conclude the nuclear accord was divisive. For instance, some critics urged imposing a new round of sanctions on Iran to curb its missile program. Others suggested using American anti-ballistic missile defense capabilities in the region to target Iranian ballistic trials. According to this rational, denying the Revolutionary Guards the ability to test missiles would disrupt its research and development opportunities.

Developing indigenous missile and anti-missile systems is a key component of Iran's deterrence strategy. The regional tension between Iran and its powerful neighbors goes a long way toward explaining why Iran feels the need for greater defense capabilities. Iran was forced to consider nuclear and ballistic options because of its long and bloody war with Iraq, which had a profound role in shaping Iran’s strategic thinking.