Why Doesn't Anyone Want To Go To War With Israel? Here's Ten Reasons 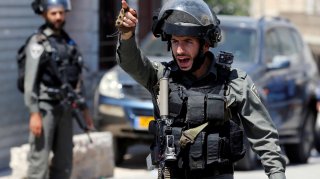 Here's What You Need To Remember: Israel's land and air capabilities make it into a miniature superpower.

(These pieces, reposted together, appeared in August 2015 and are being reposted due to reader interest.)