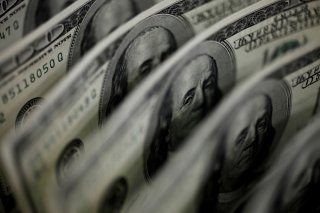 In previous posts (here and here), I discussed the Trump administration’s decision last August to allow employers to defer the Social Security payroll taxes that they would otherwise have withheld from their employees’ paychecks during the last four months of 2020. The payroll tax deferral was intended to stimulate the economy.

Employers were not required to participate in the deferral. Like other observers, I predicted that most employers would take a pass because participation offered little upside and major drawbacks. Participating employers would have to reprogram their tax withholding software to implement the deferral, would run the risk of alienating employees caught off guard by the extra withholding in 2021, and might have to pick up the tab if employees left their jobs before their deferred taxes were fully repaid.

Sure enough, very few private employers participated in the deferral. At least some of the participating employers, such as the Republican National Committee, appear to have been motivated by loyalty to President Trump rather than by a belief that the deferral was sound human resources policy.

The deferral ended on December 31, and the repayment of the deferred taxes is now underway. It seems clear that the deferral did very little to boost consumer spending and stimulate the economy. Most American workers did not participate in the deferral. Participating employees who understood that they would have to repay their tax savings in a few months probably did not spend the money.

The deferral may have provided a small short-run stimulus if some participating employees did not understand that they would have to repay their tax savings and therefore spent the money. Of course, any such stimulus is now being reversed as those employees are forced to cut back their spending to repay the deferred taxes. Manipulating workers in this manner is not an acceptable or effective way to stimulate the economy.

Fortunately, Congress did not give in. It refused to forgive the deferred taxes, thereby maintaining its constitutional power to set tax policy and blocking a flawed tax cut. Aside from the general problems with payroll tax cuts, it would have been hard to justify giving federal employees (and employees of the Republican National Committee and a few others) a tax cut that most American workers would not have received.

However, Congress did offer the affected employees some relief. In the stimulus law enacted on December 27, Congress sensibly made the repayment less onerous by stretching it out over all of 2021. So, the employees will pay one-third extra Social Security tax for 12 months rather than double tax for four months.

This ill-conceived experiment should not be repeated.

This article first appeared at the America Enterprise Institute.