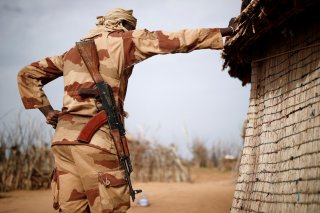 Here's What You Need To Remember: Russia’s military may no longer be using it, but the AK-74 serves a curious purpose elsewhere in contemporary Russian society: schools. It was mandatory for many Soviet schoolchildren to fieldstrip and assemble AK-74’s within a certain timespan.