Why the Foreign Policy of George H. W. Bush Stands the Test of Time 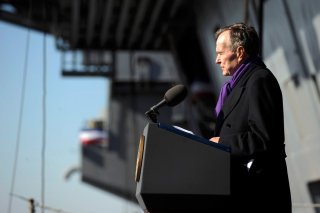 Here's What You Need to Remember: Transient times are the hardest to manage for any statesman. Any caretaker can preside over steady-state circumstances; founding something, ending something, or managing the transition from one thing to another demands vision and a sure hand.

President George H. W. Bush went to his reward on November 30, 2018 after a life well lived. Let's canvass historians and philosophers of old to see what they might take from reviewing his legacy as a man and a statesman.