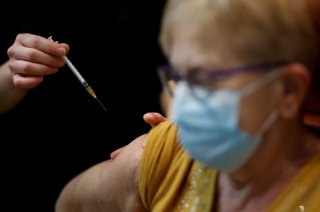 The Oxford-AstraZeneca vaccine has been receiving a lot of attention recently. The EU has been dissatisfied with production hold-ups, while the German health ministry has raised questions over its efficacy in older age groups. As a result, Stiko – the German Standing Committee on Vaccination – has suggested in a draft recommendation that the vaccine should not be given to people over 65.

If Germany does decide not to authorise the vaccine for over-65s, this will be because it considers there were insufficient people over 55 included in the vaccine’s phase 3 trials to give a good estimate of efficacy in older age groups. This is an issue that has been raised before.

In fact, in the peer-reviewed write-up of the Oxford-AstraZeneca trials, the authors admitted that following their tests, “vaccine efficacy in older age groups could not be assessed”. But while this isn’t ideal, it’s not a reason to panic.

Indeed, the European Medicines Agency has now authorised the vaccine for use in Europe in all adults over 18, despite German concerns. The EMA acknowledged that efficacy data for over-55s was lacking, but said that it expected the vaccine to be protective “given that an immune response is seen in this age group and based on experience with other vaccines”.

Over-65s should still take the jab if offered

Even though there’s not currently sufficient data in the public domain to estimate efficacy of the Oxford-AstraZeneca vaccine in older age groups, there is still a lot of evidence that the vaccine will be effective in older people.

As we grow older, we tend to respond less well to vaccines and natural infections, in a process known as immunosenescence. But this is not a sudden drop in immunity once you get past a certain age. For example, the mRNA vaccines against COVID-19 made by Pfizer and Moderna – for which there is more data – show very little drop, if any, in effectiveness in older age groups.

We also know from Oxford’s earlier phase 2 trials (which checked that the vaccine stimulated an immune response in humans) that there is very little difference in the amount of “IgG” antibodies produced in people over 70 years old compared to people in the 18-55 and 56-69 age groups. And there’s emerging evidence that these IgG antibodies protect against severe disease, thanks to trials that are looking at using certain antibodies as a treatment for COVID-19.

There’s also good evidence that the vaccine is safe in this age group. And older people report fewer side-effects from it than younger people.

The vaccine makers have since recruited more older people into their ongoing phase 3 trials, and so better data on efficacy will be available soon. The UK is also putting a lot of effort into post-vaccine surveillance, and this should lead to good data on the vaccine’s effectiveness in the UK in coming weeks – especially in the 80+ age group, who were initially offered the vaccine.

What about the 8% efficacy claim?

A further claim – made by the German newspaper Handelsblatt – that the vaccine is only 8% effective in older age groups is almost certainly false. The German ministry of health has suggested that this figure arose from a misunderstanding of the vaccine’s trial data by the newspaper.

Indeed, looking at data available in the public domain, it seems there were only two cases of infection reported in older people during the trials. One was in the group receiving the vaccine, and one in another group receiving a placebo. With this data, it’s just not possible to estimate the true efficacy with any precision.

The overwhelming balance of evidence is that the Oxford-AstraZeneca vaccine is safe in older people and will provide high protection against severe disease, hospitalisation and death. Speaking as someone in his mid-60s, I would happily accept whatever vaccine I am offered when I eventually make it to the front of the queue.