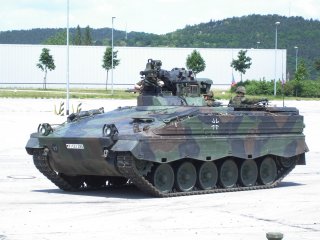 Here's What You Need to Remember: Though it is one of the longest-serving vehicles in the German Bundeswehr, the Marder will continue to push onward, despite a half-century of service.