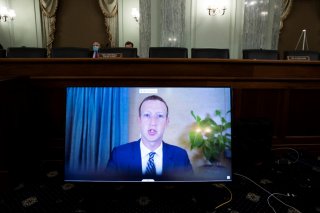 Facebook is under assault again, this time for real. The Federal Trade Commission and 46 states have filed an antitrust case to make the company divest itself of Instagram and WhatsApp and submit to restrictions on its future acquisitions and deals.

How many times have I seen this story play out as West Coast tech companies find themselves suddenly facing unwanted attention from Washington? It was bad enough that congressional committees kept summoning founder Mark Zuckerberg to hearings, both in‐​person and virtually, forcing him to trade his T‐​shirt and hoodie for a suit and tie.

Zuckerberg can afford the new clothes and the flights to Washington. The company can afford the hundreds of millions of dollars in legal fees it will face. The real problem is that the most important factor in America’s economic future—in raising everyone’s standard of living—is not land, or money, or computers; it’s human talent. And some part of the human talent at America’s most dynamic companies is being sidetracked from serving consumers to protecting the company from political predation. Another productive company is being sucked into Washington’s zero‐​sum parasite economy.

Like so many other founders in our most dynamic industry, for years Zuckerberg was content to stay on the West Coast developing software and building a business. Then he found his company targeted by activists and politicians and had to respond. “He was completely apolitical. His political views had to be coaxed out of him,” recalls Tim Sparapani, the company’s first public policy director.

Now, with some 225 million Americans using his social media platform for free, he’s forced to deal with attacks from both left and right. This means that some portion of his time and brainpower is being diverted from creative, customer‐​focused work to dealing with politics.

It’s sadly similar to what’s happened to other tech companies. For the past 40 years or so, West Coast‐​based technology firms have revolutionized our lives. They’ve created systems for documents and databases. They’ve helped us run our homes and our businesses more efficiently. They’ve created a World Wide Web of information and communication. They’ve put all the knowledge in the history of the world into our pockets.

And for those efforts, they’ve been badgered and summoned and subpoenaed by politicians.

It’s getting to be an old story. For a decade or so Microsoft founder Bill Gates and many other millionaires in Redmond, Washington, got rich the only way you can in a free market: by producing something other people wanted. A lot of brilliant people worked long hours producing computer software that millions of people chose to buy in a highly competitive market that offered lots of other options.

Then the federal government noticed that Microsoft was too good and was helping its customers too much. It launched a Federal Trade Commission investigation, later compounded by a Justice Department investigation, to determine whether Microsoft “has monopolized or has attempted to monopolize” markets for personal computer software and peripherals. Microsoft gave in and agreed to restrictions on its contracting and pricing policies in order to avoid long and costly litigation. That wasn’t enough for the government or for some of Microsoft’s competitors, who went on to launch more antitrust investigations.

The government lured Microsoft into the political sector of the economy. For more than a decade the company went about its business, developing software, selling it to customers, and innocently making money. Then in 1995, after repeated assaults by the Justice Department’s Antitrust Division, not to mention its growing encounters with immigration, tax, trade, and other regulations, Microsoft broke down and started playing the Washington game. It hired lawyers, lobbyists, and PR firms.

In 1998 Gates wrote, “It’s been a year since the last time I was in D.C. I think I’m going to be making the trip a lot more frequently from now on.” And that’s a tragedy, because it diverted Gates and his associates from their focus on making better products.

Ironically, Gates also wrote at that time, “One of the things I know I’m going to be asked [at the congressional hearing] is whether Microsoft is going to try to control the Internet.” It’s pretty obvious today that Microsoft controlling the internet wasn’t in the cards.

And the story just kept playing out, even with the introduction of new characters. In the decade after that congressional hearing, one of the great success stories in the American economy was Google, the search firm started in a Stanford University dorm room. And then, around 2006, Washington came calling. There were demands to regulate search engines, maybe even declare Google a public utility. The company got the message; it opened a Washington office and hired well‐​connected lobbyists.

One congressional aide had said of Microsoft, “They don’t want to play the D.C. game, that’s clear, and they’ve gotten away with it so far. The problem is, in the long run they won’t be able to.” Similarly, a lobbyist said that Google would have to learn that “It pays to pay attention to Washington.”

And once again one of our most innovative companies was forced to redirect some of its money and smarts to fending off political attacks.

A few years later it was Apple’s turn. After years as a cute little niche player, Apple suddenly started producing wildly popular products such as the iPod, the iPhone, and the iPad. And the Federal Trade Commission started grumbling about Apple’s threat to competition. Note the absurdity here: Apple creates whole new products and industries, consumer benefits that didn’t exist before, and the federal government worries that it’s somehow going to “limit” competition in a field it brought to the market.

Yet another congressional aide sniffed, “I never once had a meeting with anybody representing Apple. There have been other tech companies who chose not to engage in Washington, and for the most part that strategy did not benefit them.”

In other words: nice little company ya got there, shame if anything happened to it.

And now the bell tolls for Facebook. Zuckerberg and company created a social media site to “bring the world closer together.” The site allows hundreds of millions of people to keep in touch with neighbors, friends, and colleagues, and to express themselves on all manner of topics. Now it’s under political attack for antitrust issues, privacy questions, and the fact that some of its users have odd or unsavory ideas that they post on Facebook, just as they once used the printing press and the telephone. And like his competitors Zuckerberg is forced to divert a portion of his attention and money from innovation and investment. That’s not good for growth and progress.