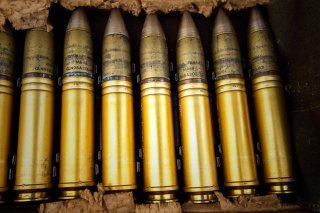 Right now it is truly a seller's market for ammunition – and many of the most popular calibers remain in very short supply. For the ammunition industry, the good times on the U.S. ammo sales front could continue for years to come. Driven largely by consumer demand the ammunition market could reach $28.81 billion in 2027 and even register a moderate compound annual growth rate (CAGR) during the forecast period according to new data from Emergen Research.

U.S. Ammo Sales: Bullets Are Selling for a Reason

Several key factors could influence market growth, and these include increased adoption of arms and ammunition for self-defense, but also rising incidence of domestic violence and terrorist activity. Civilian interest in game hunting, sport and range shooting as well as shooting-related events and competitions will factor in as well. Additionally, the introduction of more cost-effective weapons will certainly play a factor according to recent research. Reduced costs of firearms from advanced 3D printing systems, growing demand for smart guns, and even increased usage of polymer in the arms industry are expected to create new opportunities for new players to enter the market.

Thinking beyond U.S. ammo sales and more globally, the increase in cross-border conflicts, as well as the need for a greater number of armed law enforcement troops worldwide will drive up demand for ammunition. Asymmetric warfare and inter-country border conflicts could also impact the market.

According to the report from Emergen Research, the global ammunition market is expected to remain very competitive and highly fragmented. It will likely continue to consist of a number of small start-ups, medium enterprises but also large and well-established companies. However, rapid technological advancements, new developments and notably higher diversification in the offered products were also expected to open up high revenue opportunities for innovative players in the market in the years to come.

The findings from Emergen Research are comparable to those of Grand View Research, which last month released its own forecast that found that global ammunition market size was valued at $21.38 billion last year and was expected to have a CAGR of 3.6% from 2021 to 2028, reaching $28.37.

"Rising hostilities and terrorist activities across the globe are likely to increase the procurement of defense equipment by prominent militaries, thereby, directly benefiting the market over the forecast period," Grand View Research noted while adding, "The rising popularity of sports that utilize rifles and pistols is expected to increase the penetration of small-caliber ammunition in the projected time. Moreover, technological advancements in the market have introduced lightweight bullets made from polymer-based cases, which are projected to support the overall market growth."