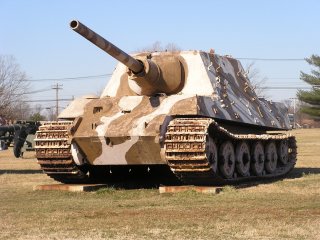 Here's What You Need To Remember: Jagdtigers could live up to their intimidating reputation on the rare occasions they were able to deploy into good ambush positions miles away from enemy forces, allowing them to take full advantage of their oversized guns and minimize exposure to flank attacks. But the reichsmarks and man-hours necessary to build a single Jagdtiger could have produced an entire platoon Panthers or Jagdpanthers, which were nearly as effective in most circumstances and less likely to break down.