Why Invading Iran Is the Last Thing America Should Ever Do 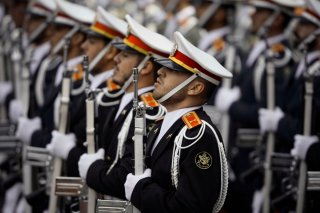 Here's What You Need to Remember: As always, the Persians face a major power prowling at the edges of their mountains. The mountains will protect them from main force but not from the threat of destabilization. Therefore, the Persians bind their nation together through a combination of political accommodation and repression. The major power will eventually leave. Persia will remain so long as its mountains stand.