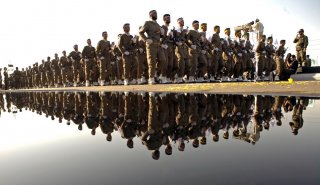 Here's What You Need to Remember: The most important part of the IRGC, and possibly all of the Iranian Armed Forces, is the Quds Force. Consisting of fifteen to thirty thousand of the best IRGC troops, the Quds Force provides Tehran’s regime with an unconventional warfare capability.