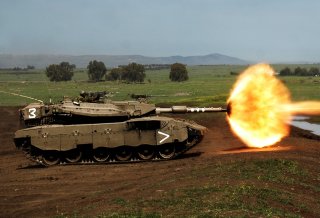 Here's What You Need To Remember: Does all of this mean the Merkava is a poor tank? No. But it’s clear why most nations have stuck to more traditional designs instead of embracing the Merkava’s frontal engine tank design.

Charlie Gao studied Political and Computer Science at Grinnell College and is a frequent commentator on defense and national security issues. This article first appeared in early 2019.