Why Japan Never Should Have Attacked Pearl Harbor 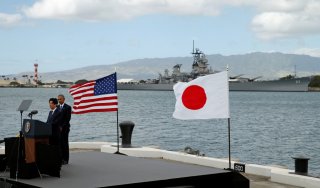 Here's What You Need to Remember: It doesn’t take too much imagination to postulate alternative strategies for Imperial Japan. Indeed, eminent Japanese have themselves postulated alternatives.

This article was first published in 2017 and is being republished due to reader interest.