Why Japan Suspended Its Acquisition of the Aegis Ashore System 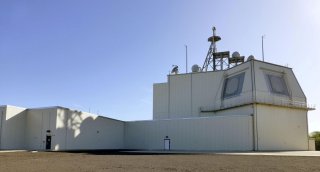 Japan’s Defense Minister, Taro Kono, surprised the world in 2020 by announcing the decision to suspend construction in his country of two missile defense sites. This decision could not have come at a worse time for both the security of Japan and its strategic relationship with the United States. Both China and North Korea continue to build up their inventories of theater ballistic missiles. The suspension decision came right on the heels of Pyongyang, ramping up its bellicose rhetoric and even blowing up a building that housed a liaison office for North-South talks. Japan needs to reconsider its decision to suspend the Aegis Ashore program. Instead, in consultation with the United States, the Japanese government should devise a new plan that will address any concerns while ensuring that its people are protected by the best missile defense capability currently available.

Today, U.S. allies, facilities, and forces in the Western Pacific face a missile threat that is expanding quantitatively and becoming ever-more sophisticated and capable. In the event of a conflict with China, Japan can expect to face an intensive barrage of Chinese theater-range ballistic and cruise missiles intended to devastate military facilities, mobile forces, critical infrastructure, and command and control nodes both along the so-called First Island Chain and in the Home Islands.

Although the Japanese government now rates China as its number one security challenge, it cannot dismiss the North Korean ballistic missile threat. According to Japan’s 2019 annual Defense White Paper, North Korea has achieved the ability to put a nuclear warhead atop a ballistic missile. In addition, its ballistic missiles are becoming more sophisticated with improved guidance systems and greater reliability.

To counter the growing worldwide threat from ballistic missiles, the United States and its allies are deploying ballistic missile defenses. The U.S. is building a layered missile defense system to protect the homeland as well as forward-deployed forces and allies. A key pillar of U.S. and allied missile defenses is the Aegis Ballistic Missile Defense (BMD) system. The Aegis BMD currently consists of the AN/SPY radar, the Standard Missile (SM), and the Aegis Combat System. Both the U.S. Navy and Japan's Maritime Self-Defense Force (MSDF) operate Aegis-equipped ships.

The Aegis Ashore system is a land-based variant of the extremely mature and proven sea-based Aegis BMD system. In essence, the Aegis Ashore is the three elements of the Aegis BMD system placed on land. The AN/SPY radar is located in a deckhouse that also supports the system’s command and control capabilities. Co-located with the deckhouse are fixed launchers for the current version of the SM-3 ballistic missile interceptor, the Block IB, as well as SM-6 air defense missiles. Aegis Ashore was initially conceived as the central part of the European Phased Adaptive Approach designed to protect Europe from missiles launched from the Middle East. The first Aegis Ashore site in Romania was declared operational in 2016. A second site, being constructed in Poland, is expected to become operational in 2022.

The Japanese government decided in December 2017 to purchase two Aegis Ashore systems. In addition, the U.S. and Japan are partnered in the SM-3 Cooperative Development Program to build a larger, 21-inch diameter variant of the SM-3 missile, the SM-3 Block IIA. This variant will be able to reach out farther, providing a defense against longer-range ballistic missiles. The new missile is expected to be deployed with the U.S. Navy and Japanese MSDF, as well as all Aegis Ashore sites.

One reason Japan decided to acquire the Aegis Ashore was to reduce the burden on its destroyer fleet associated with serving as that country’s primary missile defense capability. A missile defense based entirely on sea-based capabilities is not always optimally located to protect land areas. In addition, destroyers assigned the missile defense mission for the Japanese homeland are generally restricted to a small ocean area, close to land. As a result, ships on missile defense patrols are unavailable for other critical missions.

Given the growing ballistic missile threat to Japan, the decision to suspend its Aegis Ashore program came as something of a surprise. According to Minister Kono, the suspension decision was based on both technical and cost issues with the program. The principal technical concern is the danger that from the currently planned sites, the SM-3 Block IIA booster might fall into populated areas. Modifications will be required to the missile’s software and, possibly, hardware to solve this problem. There was also local opposition to the placement of the AN/SPY radar near populated areas. There are reports that the Japanese Government had decided to halt the planned deployment at the Akita Prefecture site in the northwest of Honshu, Japan's main island, and to explore alternative locations.

With respect to cost, it is true that the price for completing each of the two sites had increased by some 25 percent to around $900 million. However, it should be pointed out that the cost of a single Japanese missile defense-capable destroyer is now approximately $1.5 billion, exclusive of expendables such as the SM-3 Block II missiles. For defense of the Japanese homeland, Aegis Ashore is the cost-effective solution.

To be clear, the suspension does not suggest that Japan has lost confidence in the effectiveness of missile defenses, in general, or the Aegis system and the Standard Missile, in particular. Today, the Japanese MSDF operates seven Aegis destroyers with another one under construction. These ships, as well as U.S. Aegis-capable cruisers and destroyers, will eventually carry the SM-3 Block IIA. In addition, Japan has deployed four batteries of the advanced version Patriot missile defense system to provide a terminal layer.

The Japanese government needs to rethink its decision to halt work on the Aegis Ashore program. In light of the growing missile threats posed by China and North Korea, Japan needs to field a multi-layer missile defense. Such a defense is essential to maintaining a credible deterrent. In addition, in the case of North Korea, it is a hedge against a potential accidental or unauthorized launch. Seven or eight Aegis-capable destroyers are not sufficient to manage the threat. The most sensible and cost-effective solution is to move forward with Aegis Ashore deployments, modified as necessary to meet credible concerns.

This article was first published by RealClearDefense in June 2020 and is being republished due to reader interest.