Why Joe Biden Should Go All In on More Stimulus Checks 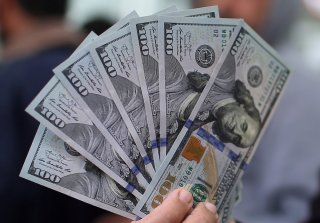 Here's What You Need To Remember: Another round of payments could lift an additional 6.6 to 7.3 million people out of poverty, depending on whether the payment was restricted to citizens or made available to everyone.

There’s no question that many Americans’ anxiety levels have shot up due to the fact that the Internal Revenue Service is nearly done disbursing the third round of $1,400 coronavirus stimulus checks under the American Rescue Plan.

Americans who are still struggling amid the pandemic are already worrying about how to pay for basic necessities like groceries, utilities, and rent.

With these concerns in mind, it appears that more lawmakers in Washington are taking notice—and, like the ordinary citizens whom they represent, many are now also demanding another round or two of stimulus checks.

Earlier this week, six members of the House Ways and Means Committee—long considered the most powerful panel in Congress—sent off a letter to Biden, again pressing him to include recurring direct payments in his highly ambitious $1.8 trillion American Families Plan that was unveiled last month.

In all, Vice President Kamala Harris and at least eighty Democrats in Congress are fully backing more stimulus payments.

Biden surely understands why there is that reluctance to send out more stimulus funds—as there already have been three such payments over the past year—but he also seems to be aware of the financial agony that many Americans are still enduring.

Recent polls and surveys are making this even harder to ignore. For example, according to research by TransUnion, approximately four in ten Americans are still continuing to experience income loss compared to before the start of the pandemic.

Another recent report conducted by the Economic Security Project revealed that more rounds of stimulus checks have the potential to lift twelve million Americans out of poverty.

“Evidence from the last year shows stimulus checks to be the fastest and most impactful investments helping Americans get through this crisis, lifting more people out of poverty than any other single policy,” wrote the report, adding that an additional sixteen million Americans were lifted out of poverty because of the most recent $1,400 stimulus checks.

According to the latest data from the U.S. Census Bureau, roughly thirty-four million people live in poverty in the United States.

In another recent analysis released by the Tax Policy Center at the Urban Institute & Brookings Institution, the data is indicating that just one more round of stimulus has the potential to lift more than seven million individuals out of poverty.

“Another round of payments could lift an additional 6.6 to 7.3 million people out of poverty, depending on whether the payment was restricted to citizens or made available to everyone,” the researchers wrote.

Ethen Kim Lieser is a Minneapolis-based Science and Tech Editor who has held posts at Google, The Korea Herald, Lincoln Journal Star, AsianWeek, and Arirang TV. Follow or contact him on LinkedIn. This first appeared earlier in the month.