Why the M14 Rifle Was Such A Bust 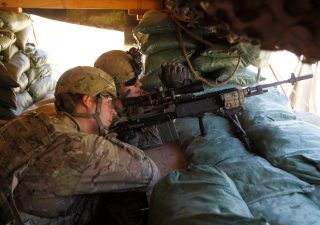 Here's What You Need to Remember: The M14 has outdated ergonomics, is poorly designed, and is inaccurate. The rifle can be accurized but will not stay that way unless constant care and maintenance are performed on it.

Charlie Gao studied political and computer science at Grinnell College and is a frequent commentator on defense and national security issues. This first appeared earlier and is being reposted due to reader interest.