Why the Military’s Biggest Drones are Here to Stay 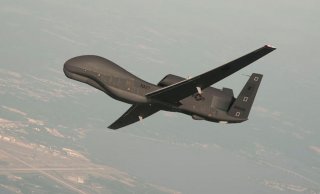 Here’s What You Need to Remember: Mini-drones, drone swarms and stealthy drones all regularly receive attention as areas of Pentagon emphasis for future warfare. This is because advances in sensor technology are quickly miniaturizing form-factors and increasing image resolution from longer ranges, all while accelerated, AI-enabled computer processing streamlines data analysis from those sensors.

But what about existing, larger medium and high-altitude drones such as the Air Force Reaper and Global Hawk, or emerging Navy Triton?

It appears they are here to stay for decades. Despite the fast-growing emergence of highly computerized mini-drone swarms and stealthier unmanned platforms engineered for high threat areas, existing high-performance, yet-less-stealthy drones do not appear to be going anywhere.

Right now, there are Air Force-Northrop Grumman efforts to modernize and sustain Global Hawk drones well into 2040. In addition, there are Navy moves to increase the number of maritime-focused Triton patrols in the Pacific while also undertaking countless Reaper weapons and fuel-efficiency upgrades. Furthermore, the Air Force is streamlining sensor package advancements and maintenance with both Global Hawk and Triton drone platforms.

“The contract provides for repair services for “common items” for both the RQ-4 GH (Global Hawk) and MQ-4C Triton. It will support reparable national stock numbers which encompass the air vehicle, multiple sensor packages, mission control element and launch and recovery element,” a Pentagon statement said.

While certainly not surprising, these kinds of ongoing initiatives highlight the continued relevance and operational utility of larger, less-stealthy drones such as the decades-old Global Hawk and its offshoot Navy variant, the Triton. There are likely many reasons for this, a central one being that technological enhancements are increasingly enabling these drones to out-perform previous mission standards by reaching much higher levels of image fidelity at vastly longer ranges, enabling fewer drones to effectively accomplish surveillance missions previously slotted for many unmanned systems.

Of course, performing highly-precise ISR (Intelligence, surveillance and reconnaissance) at safer ranges improves survivability, to some extent making less-stealthy platforms better performing in high-risk areas. This streamlining is also made manifest by advanced algorithms enabling AI which gather, pool, analyze and organize huge volumes of fast-arriving ISR data. Instead of needing human operators to, for instance, pour through hours of video streamed surveillance of high-value areas, computers can be programmed to quickly identify moments of relevance for commanders and human decision-makers. Using near real-time computer analytics, algorithms can bounce new intelligence off of an existing database to identify otherwise difficult to discover details, solve problems, compare and organize seemingly separated data streams simultaneously or present “optimized” courses of action to commanders.

This kind of efficiency, massively truncating sensor-to-shooter time by pinpointing moments or objects of pressing relevance, in part comes to fruition through the use of common standards. Common sets of interoperable IP protocols, software integration and the collective use and maintenance of essential hardware components can preserve and extend the operational life of platforms such as the Global Hawk and Triton. These two drones in particular lend themselves greatly to this kind of technical strategy because, while the Triton is differently engineered with specific sensors and technologies unique to a maritime environment, the Global Hawk and Triton are built upon a common hardware and software foundation. This is one reason why the Air Force deal with Northrop specifies the maintenance of “common items.”