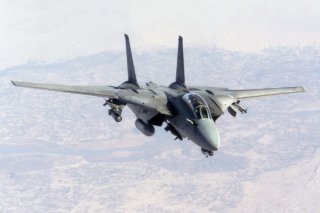 Here's What You Need to Remember: The Hornet airframe was not quite as optimized for air-to-air combat, but still delivered excellent performance, was based on fly-by-wire technology, and cost less money and time to fly and maintain. The choice between investing in a Super Tomcat or fielding the Super Hornet inevitably involved a trade-off, and the Super Hornet simply came out ahead in the Navy’s calculus.