Why Navy SEALs are Over the Beloved Sig Sauer P226 Pistol 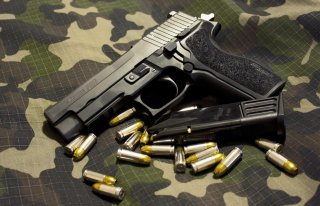 Here's What You Need to Remember: While Sig Sauer has created an excellent alloy-framed double action/single action pistol in the Mk 25, the general move to a striker triggers and the affordability of the Glock probably has doomed the Mk 25 to be a piece only for collectors and civilian marksmen looking for a pistol with some Navy SEAL heritage.