Why the Nazi’s Bismarck Battleship Just Refused to Die 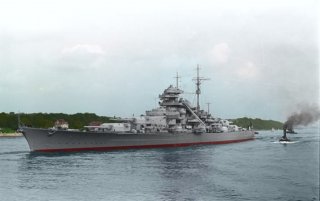 Here's What You Need to Remember: Bismarck’s sinking was an excellent example of combined arms at sea working together to take down a more powerful opponent. No single element of the Royal Navy present at the battle was strong enough to defeat Bismarck singlehandedly.

Bismarck and the Perils of Wiki-Diplomacy