Why The Nazis Never Could Have Defeated The USSR During WWII 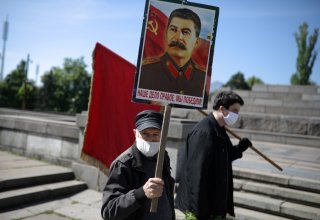 Here's What You Need to Remember: Germany’s fatal error was a misunderstanding of the strength of the Soviet state, as well as the increasing quality of Soviet military equipment.  The assumptions that underlay the German war, and the arguments that justified it to the German public, made it nearly impossible to adopt the only strategy that might have had a chance of working.