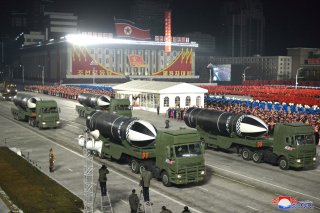 Here's What You Need to Remember: The cloak of night that concealed their movements in 1950 will be pierced by night vision sensors, radar and spy satellites. Mass attacks will be met by precise firepower from smart weapons. Perhaps the North Koreans haven't adapted to the twenty-first century.