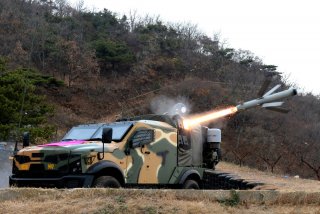 Key point: North Korea has unveiled what looks like a long-range anti-tank missile.