Why Is Nuclear Weapons Modernization So Difficult? 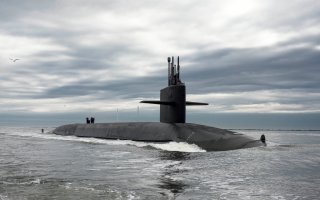 After waiting until the last feasible moment to begin fully modernizing the nuclear triad, the projected cost is significant and the timeline unyielding. The United States now faces nonlinear rising costs for its strategic forces, and the defense budget implications are profound. Simultaneously, the Pentagon and policymakers must also contend with a myriad of complex factors forcing unprecedented integration between conventional and nuclear weapons — including advancing technologies, shifting regional power dynamics, the proliferation of dual-use systems, and more.

Fortunately, the federal government has a body specifically dedicated to managing its nuclear forces budgets across the Departments of Energy and Defense called the Nuclear Weapons Council (NWC). However, during the budget design process for fiscal year 2021, insufficient budget transparency and poor communication undermined the effective operation of the Council and relations between the two agencies. Given the challenges of fully funding and keeping on track modernization of the triad over the next decade in particular, it is imperative for the NWC to be fully functional and to include complete budget development and execution visibility.

Pentagon officials and Congress are aware of the costs associated with updating the nation’s nuclear deterrent. The new Columbia-class ballistic missile submarines, the Air Force’s new B-21 bomber, and a new ICBM were never going to be cheap. The National Nuclear Security Administration (NNSA) — a semi-autonomous agency within the Department of Energy, responsible for maintaining and modernizing America’s nuclear warhead stockpile — reported an 18.4 percent (or $19.8 billion) increase in their budget request for fiscal year 2021, compared to 2020. NNSA’s five-year plan sustains this level of spending with 2.1 percent growth annually, much of which still goes toward the fixed costs associated with building and sustaining competitive nuclear capabilities — including laboratories, scientists and other human capital, technology, and facilities.

The steep costs of modernizing a conventional force that is fully capable of competing with China and Russia, coupled with the price tag of nuclear triad modernization, is forcing tough decisions. Tradeoffs, if they prove necessary, must be made quickly. The challenges confronting nuclear modernization do not age well. The Pentagon does not have the time or budget flexibility to continue funding modernization programs only to see them slowed, reduced, or canceled just a few years later.

The Nuclear Weapons Council has the expertise and authority to chart a viable course for nuclear modernization under falling toplines, but it needs complete accurate information to do so. When the 2021 defense budget was built, widely reported upon miscommunication between the NNSA and the Pentagon resulted in hasty fiscal decisions with strategic implications. As a result, competing ideas for reforming the NWC in the House and Senate’s 2021 National Defense Authorization Act drafts must be resolved in conference, and they should be watched closely.

An interdependent nuclear weapons development and management system that reflects the varying nature of current and rising nuclear threats (regional and global) is necessary. The way to pursue advanced conventional nuclear integration is to fully enable and equip the Nuclear Weapons Council to outline, recommend, and oversee the development of nuclear capabilities and the different nuclear security roles between federal departments, services, combatant commands, and other related parties. To avoid a repeat of the Pentagon-Energy Department end-game budget drama again, the Nuclear Weapons Council must have early access to all relevant information to fully do its job.