Why People Think They See UFOs Near U.S. Military Bases (Study This Picture) 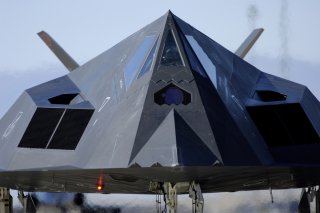 Here's What You Need To Remember: No, they're not aliens (probably). A lot of testing of secret prototype planes are tested on these ranges, explaining some of the strange sights in the skies nearby. Some incidents, however, seem to defy this explanation...