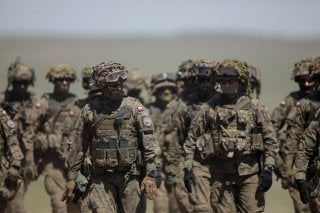 Here's What You Need to Remember: The idea of beefing up U.S. forces in Poland raises a few questions. If one U.S. brigade isn’t sufficient to deter Russia, will one division be any more effective? Dispatched to the Baltic States, it would still be outnumbered and with supply lines vulnerable to interdiction. And while the Polish economy is humming for now, revamping the Polish military to Western standards would be an expensive proposition.