Why Police Unions Are a Part of the Problem 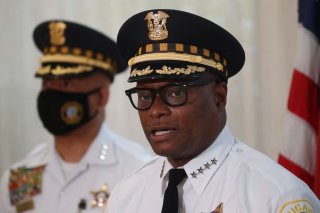 While other issues may seem to take focus away from the cause of police reform and accountability, the debate still advances. Last month, when I wrote about the central role of police unions in protecting bad actors, I missed a piece in the New Yorker that came out around the same time. Author William Finnegan gets right to the point in his third and fourth paragraphs:

In many cities, including New York, the unions are a political force, their endorsements and campaign donations coveted by both Republicans and Democrats. The legislation they support tends to get passed, their candidates elected. They insist on public displays of respect and may humiliate mayors who displease them. They defy reformers, including police chiefs, who struggle to fire even the worst‐​performing officers. In an era when other labor unions are steadily declining in membership and influence, police unions have kept their numbers up, their coffers full. In Wisconsin, the Republican governor, Scott Walker, led a successful campaign to eliminate union rights for most of the state’s public employees. The exceptions were firefighters and police.

Police unions enjoy a political paradox. Conservatives traditionally abhor labor unions but support the police. The left is critical of aggressive policing, yet has often muted its criticism of police unions—which are, after all, public‐​sector unions, an endangered and mostly progressive species.

Later, he notes: “Strong union towns like Chicago often have a more dangerous police culture than cities with weak labor laws do. In Dallas, for instance, the main police union is not the sole bargaining agent.”

Mailee Smith at City Journal reports on a particularly remarkable perk “buried deep” in Illinois law, a section providing that when a police union contract “conflicts with any other law or regulation, the contract prevails.” Talk about a law unto themselves!

Meanwhile, Kit Ramgopal and Brenda Breslauer at NBC News, drawing on the work of John Rappaport, report on a reform angle with something of a market component, namely police liability insurance: “Across the nation, insurers have had surprising success ‘policing the police,’ ending risky behavior, ousting chiefs, even closing troubled departments.”

As the article acknowledges, we might not want to raise hopes too high that liability exposure will by itself perfect the incentives of public agencies; fact‐​finding in court proceedings is no model of reliability and the field is strewn with unintended consequences. Still, some liability incentives do seem to work in the intended direction, and there are examples worth considering here of both loss prevention (such as insurer‐​provided policy audits and training in good practice) and underwriting (rate hikes and coverage denial for police forces that do poorly at controlling use‐​of‐​force payouts).

On another note, I joined Caleb Brown at the Cato Daily Podcast to criticize the Law Enforcement Officers Bill of Rights measures on the books in Maryland and some other states. If you’re just catching up with Cato’s quarter century of research on police misconduct and accountability, check out this introductory post along with Cato’s gateway and campaign on the doctrine of qualified immunity (QI).

This article by Walter Olson originally appeared in the CATO at Liberty blog in 2020.