Why Police Use of Body Cameras Needs to Be Monitored 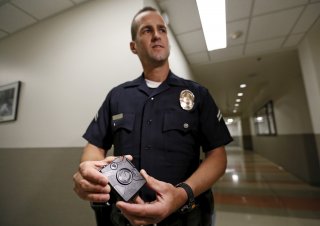 The killing of George Floyd was not the only impetus for mass demonstrations in the United States, Canada and around the world. What lies behind these protests is the weight of hundreds of years of anti-Black racism and the countless deaths of innocent Black, Indigenous and other minority groups at the hands of the police.

The police have quite rightly been the subject of debate in the wake of these demonstrations. One demand that has begun to gain traction is for the deployment of police body cameras. Already, Prime Minister Justin Trudeau has promised to “move forward as quickly as possible,” and RCMP Commissioner Brenda Lucki assured him she would “use all available tools to take quick, solid action.”

The premise behind this demand is a curious one. In some ways, the demand is a remarkable admission of widespread structural failure: the police can no longer be trusted unless they are subject to constant, pervasive surveillance. Yet body cameras sidestep systemic issues entirely, treating the symptom — police violence going unpunished — rather than addressing what causes police violence in the first place.

Sandy Hudson, the co-founder of Black Lives Matter Toronto and the Black Liberation Collective – Canada, pointed out on CTV’s Question Period that accountability measures already exist and the police have not responded to them. “I don’t want to see more of us dying,” Hudson said in reference to body cameras. “I want the police to stop killing us.”

Body cameras may be intended as a tool to protect the public from the police, but ultimately, this tool will sit in the hands of officers who may use it for unintended purposes. Police agencies in Canada already use facial recognition technology to identify citizens; the combination of facial recognition technology and body cameras could create a system of unprecedented mass surveillance.

Unlike CCTV cameras, such surveillance would be mobile and could appear without notice, heightening the risk of significant privacy infringements.

Managing police use of technology

If we do choose to make police body cameras mandatory, we must be careful not to sleepwalk into giving the police yet another tool of oppression.

Implementing the widespread use of such technology before passing legislation to safeguard privacy interests may, for example, result in storage policies that prevent the footage from being used in the public interest.

Whether privacy interests are properly balanced against the demand for police accountability will depend upon how body camera recordings are permitted to be used. The aim of regulations surrounding these devices must be to keep them as a tool for the public against police violence, rather than allowing them to turn into a tool for enhanced surveillance.

A number of policies could be implemented to achieve this effect.

For one, officers should not be given discretion over when a camera is and is not recording, to ensure that events cannot be taken out of context.

Second, control of the videos recorded by these cameras must be retained by a civil, rather than a police body, a “body camera agency,” completely separate from the police force. Individuals who have been recorded by the police should be entitled to obtain any recordings made of them by the police, and without the police being notified.

This agency should not provide the police with any video or metadata collected from body cameras in order to prevent the police from engaging in pervasive surveillance. If the body camera agency observes that an officer has been obscuring or otherwise tampering with their body camera, the officer should be disciplined.

Body cameras do not address the systemic problems in policing that continue to cause tragedies such as the killing of George Floyd.

The cracks in the walls of our police institutions have been visible to many of us for some time. Now, they are apparent to all of us. Body cameras are yet another attempt to plaster over these cracks, and it may work — for a while. Eventually, however, there comes a time to inspect the foundation.