Why Progressive Democrats are Demanding Another Stimulus Payment 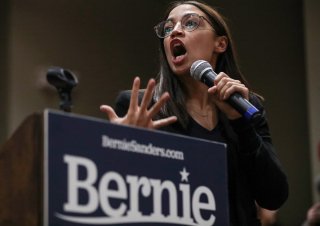 Here's What You Need to Remember: Such demands for $2,000 monthly checks are the focal point of a Change.org petition that already has garnered more than 2.2 million signatures.

The Internal Revenue Service has sent out to date approximately one hundred sixty-five million coronavirus stimulus checks with a value of $388 billion.

But for millions of Americans who have received these funds under President Joe Biden’s $1.9 trillion American Rescue Plan, they were already aware that this current round of stimulus would only amount to a short-term solution.

For months now, they have unsuccessfully pushed Biden and Congress to quickly approve a fourth round of stimulus checks.

However, it appears that more Washington lawmakers are finally hearing these calls. Earlier this week, six members of the House Ways and Means Committee sent off a letter to Biden, again pressing him to include recurring direct payments in his nearly $2 trillion American Families Plan. In all, at least eighty Democrats in Congress—in addition to Vice President Kamala Harris—are backing the payments.

Over the past several months, other notable lawmakers have voiced their support for monthly stimulus payments.

“I always think that we ought not to overthink getting people out of poverty. It’s vitally important. It helps put food on the table. It helps stave off the prospect of losing your housing,” Rep. Bonnie Watson Coleman told NJ.com.

“I think there certainly can be a case made for it. It gave people some breathing room and it gave people a sense of some stability, something that they could count on. This has been a very frightening period for people,” she added.

In late March, Senate Finance Committee Chair Ron Wyden and other Democratic senators said that “while we are pleased that the American Rescue Plan included a one-time direct payment and an extension of federal unemployment insurance programs, a single direct payment will not last long for most families.”

Such demands for $2,000 monthly checks are the focal point of a Change.org petition that already has garnered more than 2.2 million signatures.

“I’m calling on Congress to support families with a $2,000 payment for adults and a $1,000 payment for kids immediately, and continuing regular checks for the duration of the crisis,” the petition says. “Our country is still deeply struggling. The recovery hasn’t reached many Americans.”